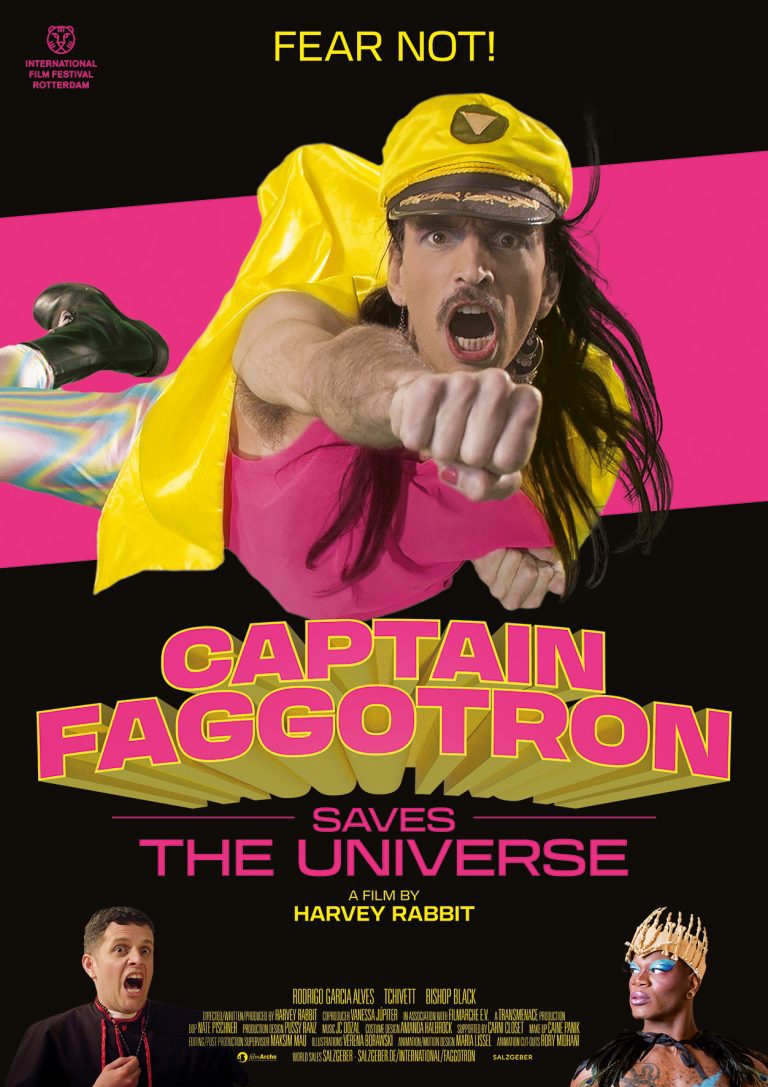 A low budget, campy fantasy feature film about internalized homophobia, the tyranny of the closet and fear of a gay planet, “Captain Faggotron Saves the Universe” is a direct and absurd response to the 2016 shooting in Orlando, Florida, the persecution of homosexuality in Chechnya, Russia, the election of President Donald Trump in the USA and the violence that unfortunately follows gay and queer people of all genders throughout our lives.

The campy world of “Captain Faggotron Saves the Universe” follows a tradition deeply rooted in gay/queer history and our ability to survive. Confronting “straight” and heteronormative structures, camp exposes absurdities of the mainstream in a way that allows us to laugh. Humor is a weapon, and camp is a tool of joyful resistance.

This website uses cookies to improve your experience while you navigate through the website. Out of these, the cookies that are categorized as necessary are stored on your browser as they are essential for the working of basic functionalities of the website. We also use third-party cookies that help us analyze and understand how you use this website. These cookies will be stored in your browser only with your consent. You also have the option to opt-out of these cookies. But opting out of some of these cookies may affect your browsing experience.
Necessary Always Enabled
Necessary cookies are absolutely essential for the website to function properly. This category only includes cookies that ensures basic functionalities and security features of the website. These cookies do not store any personal information.
Non-necessary
Any cookies that may not be particularly necessary for the website to function and is used specifically to collect user personal data via analytics, ads, other embedded contents are termed as non-necessary cookies. It is mandatory to procure user consent prior to running these cookies on your website.
SAVE & ACCEPT